A late start saw me cycle a relaxed 39 km to Klaipeda on the most beautiful and smoothest cycle-path I have encountered so far. The landscape was great, the weather fair and I knew that an apartment would be ready for me – or would it?

I took a long breakfast, because I had planned some rest days in Klaipeda and 39 km cycling has become child’s play for somebody who has cycled from Myrskylä to Lithuania. I reserved my apartment on the on-line platform I usually use and enjoyed the sun on my face. I even had the chance to use the camp-ground’s high-pressure washer to give Monica a quick shower. Everything seemed set for a relaxing short day with an apartment waiting at the end of it.

The cycle path from Palanga to Klaipeda was the best cycle path I had encountered so far. It was almost constantly leading through forests and dunes, and most of the times smooth as a baby’s butt. Everything played hand in glove for a memorable cycling day when suddenly I got the message from the apartment operator that my credit card was not acceptable. I was nonplussed. How could that be possible? I had created this account and the connecting credit card specifically for this cycling journey. I knew there was enough money on the account, and I knew that the card was still working, because I went to a Café to test it out. It must have been on the operators end. After some phone calls and re-entering my credit card details, I got confirmation that the “problem” must be on the operators end, when he called me and said that there wouldn’t be a problem if I put the three days rent cash into a lock box in the apartment. I was a bit reluctant to do so, because what would prevent him from charging my card and pretending there never was cash in the lock box. On the other hand, I thought, he was running a risk, too. Nothing could prevent me from not putting the money into the box and leave without paying. Then there would be only troubles for the operator. I assumed that no sensible businessman would risk his long-standing cooperation with a major on-line platform just to rip off one measly tourist and I agreed to his proposal.

At 16:00 h I arrived at my apartment in Klaipeda and took a long, hot bath. Some shopping for groceries had to be done, a dinner waited to be cooked and eaten, and a football game beckoned to be watched. A completely relaxing evening as a stranger in Klaipeda. 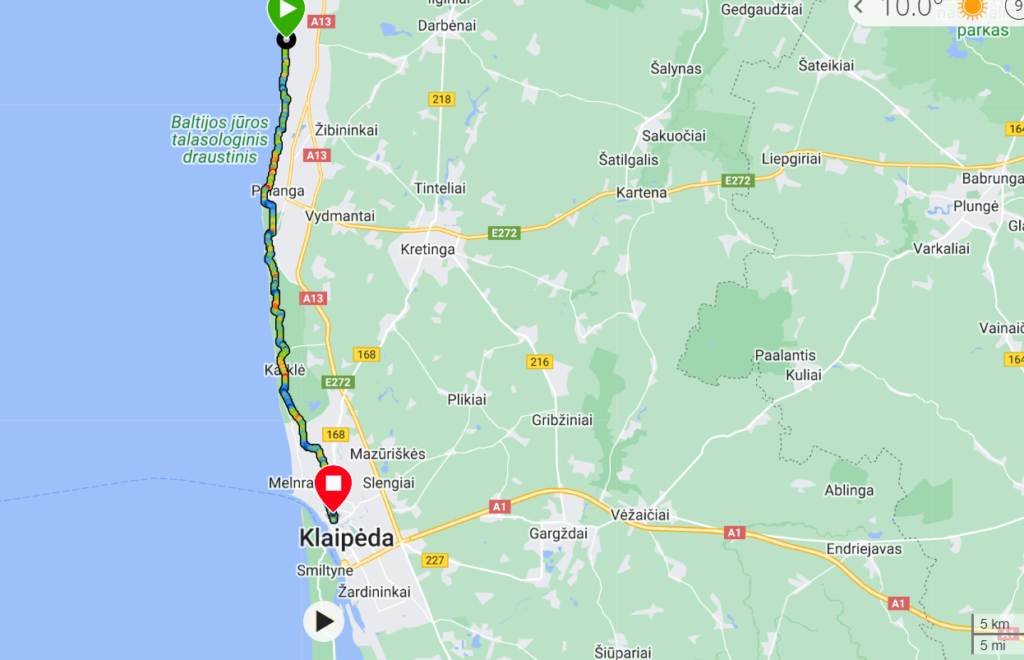